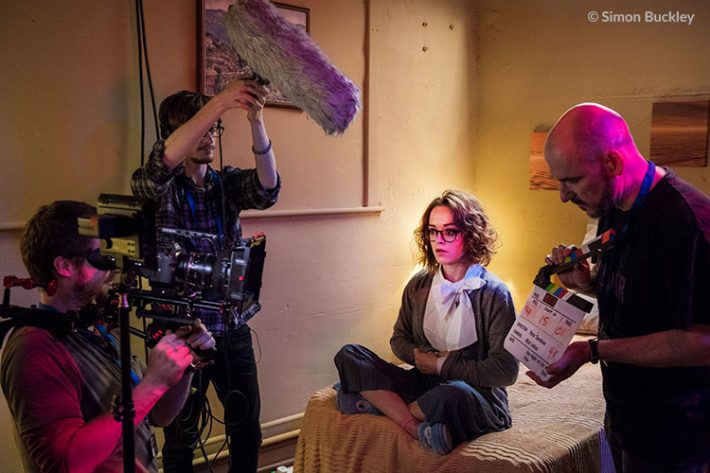 We have wrapped day 2 of Once Bitten… which was the first day of filming on our purpose built hotel room set at A4 Studios in Altrincham.

Today’s scenes were all about Lauren Ashley Carter as Martha Swales.

Director Pete Tomkies said: “We had a great first day on set. I had prepared detailed storyboards and shot lists but we had a lot of set ups to get through. Mat (cinematographer Mat Johns) and Sam (camera assistant Sam Ridgway) were amazing and worked so hard to get everything in the can including a complex ‘oner’ (one take tracking shot) that followed Martha around her hotel room. We even wrapped on schedule!”

“It was a dream come true working with Lauren Carter, she is a fabulously talented actor and added so many subtle nuances to her character. It was fabulous watching Lauren take Martha off the pages of the script and bring her to life on set”.

The crew and cast have a rest day tomorrow before the final day of filming on Sunday.