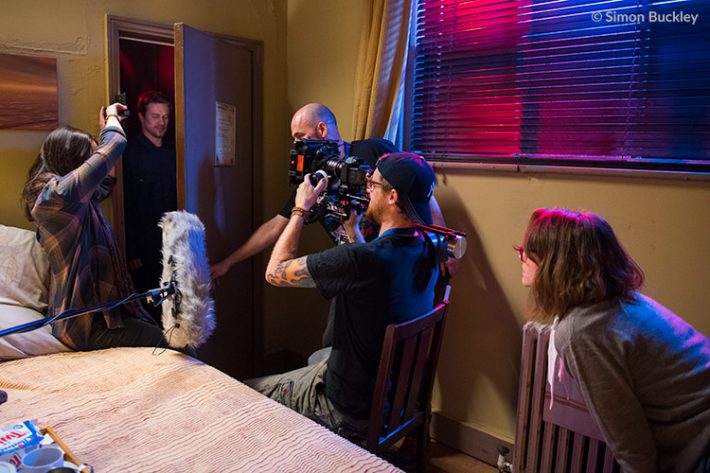 And that’s that! Day 3 of filming – and principal photography – on Once Bitten… is a wrap.

For the last day on set at A4 Studios in Altrincham, Lauren Ashley Carter’s Martha Swales was joined on set by Garth Maunders as Dredvoka for the final scenes of Once Bitten…

Director Pete Tomkies said: “What a day! Due to the circumstances of our pre-production Lauren and Garth hadn’t actually met before they arrived on set but they were awesome in their scenes together. With Mat’s (Mat Johns – cinematographer) expert camerawork and lighting skills we have got some beautiful footage”

“We had another full shooting schedule with some practical FX sequences but we got it all – eventually! Charlotte (Charlotte Maclaine, make-up artist) was a star and did a fabulous job. I can’t wait to show off her work in the finished film. All of the cast and crew were all amazing, everyone gave 110% even though we wrapped a couple of hours later than planned”.

Once Bitten… now moves into post production and will be released to film festivals around the world in 2018.