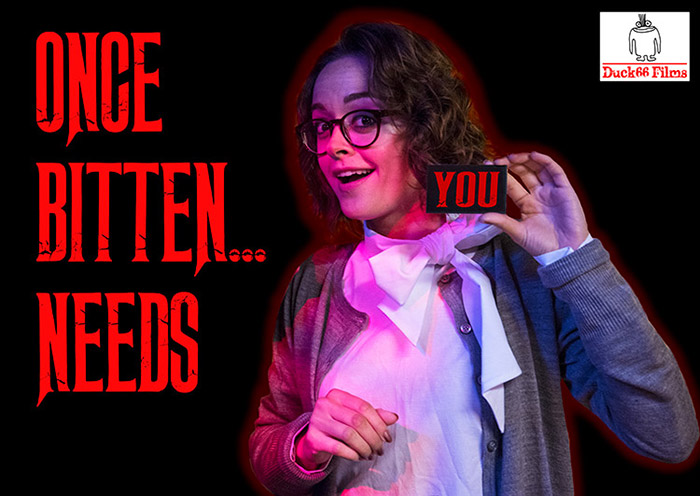 Ok so yesterday’s post was a little April Fools Day fun but today we have some serious and exciting news about how you can help us bring Once Bitten… to the world.

Like most independent films Once Bitten… was shot on a micro-budget and every penny spent is up there on the screen. But a film isn’t anything without an audience to see it and that’s where we need your help. We want to get Once Bitten… into as many film festivals as possible so that as many people around the world as possible can see it.

However festival fees soon add up and so we have decided to launch a crowd funding campaign to help with those costs. We won’t be taking a penny of any money raised for our time. All of the proceeds raised by the crowd funder will go on festival submission fees and associated costs such as the preparation and posting of screening copies of the film on Blu Ray or DCP. We will also produce a limited run of posters to accompany Once Bitten… on its festival world tour.

We are on schedule to have Once Bitten… complete and ready to be sent out to festivals from the start of June so will be running the crowd funder throughout May. We are working on a range of rewards and you will have the chance to get props from the film, items signed by Lauren Ashley Carter and even have your name in the credits of Once Bitten…!

Please bookmark this website and follow us on social media for updates as we finalise the crowd funding campaign and prepare for launch at the end of the month! 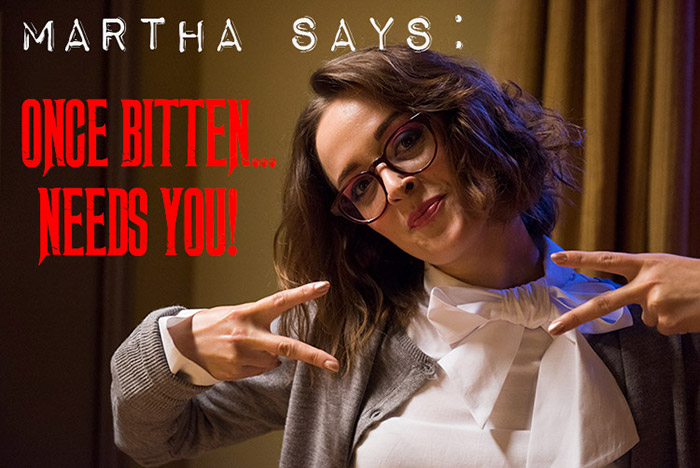