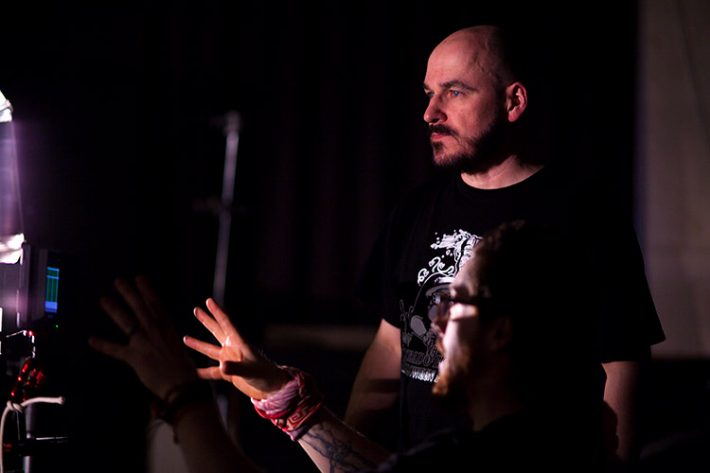 Once Bitten… will be directed by Pete Tomkies.

Pete Tomkies began making films on 8mm when he was 10 years old and has been shooting film, video and still photographs ever since. Pete has worked as director of photography and camera operator on both fiction, non-fiction films and live music performances for Leaky Shed Films, Sic Infit Productions, Yellow Raincoat Productions, Willow Tale Films, Courtyard Creations and Matter Of Sound. Pete has made lyric videos for the bands Sonic Boom Six and Bleach Blood.