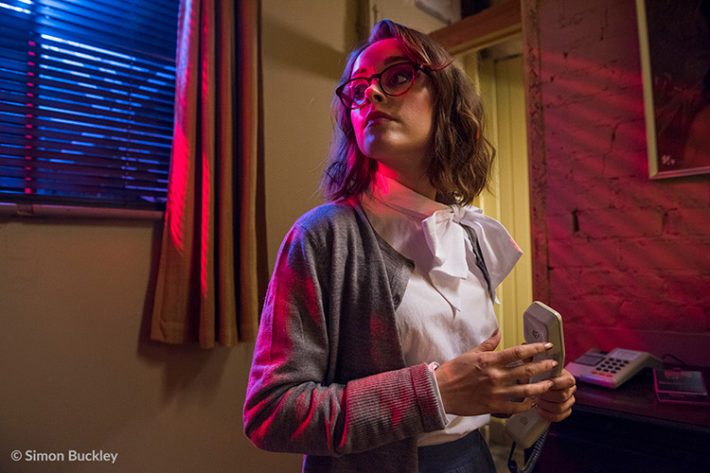 In the latest part of our series of Q&As with the cast and crew of Once Bitten… meet our Martha Swales, the fabulous Lauren Ashley Carter.

I was 7 years old, and I was the messenger in a Christmas play. I made a big show of finding a stool in the room to stand on. My first line was, “Hear ye! Hear ye! I am the messenger of the most high king!”

It’s constantly changing! But my friend, director Natasha Kermani, inspires me all the time. She takes no shit and never gives up.

When I realized that I didn’t share the rest of my family’s math skills. That also convinced me that I was adopted.

Depends what time of day.

The set was so incredible. I wish we had more days to play in it! It felt so authentic and gave me so many options to play.

The actor that didn’t show up. Fuck that guy.

A sci fi feature I starred in, Imitation Girl, is out on VOD now.  Another feature, horror- comedy GAGS, is beginning its festival run, and I’ve written two features and working on getting those made!

Thank you to Lauren for sharing her answers with us. Look out for another revealing cast & crew Q&A next week!