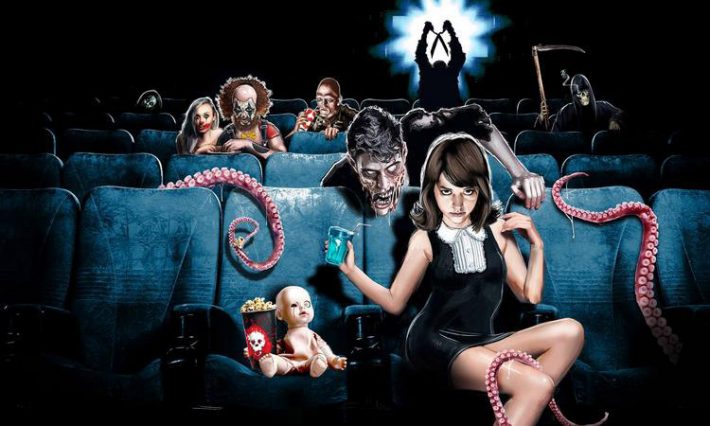 It’s October which means we’re taking the rest of the week off to go to one of the best horror film festivals in the calendar each year – Manchester’s Grimmfest.

As we get ready for four fabulous days of genre films we wanted to share the awesome poster image by Uncle Frank Productions from last year’s Grimmfest along with a Once Bitten… fun fact.

Front and centre of the poster is our Martha, Lauren Ashley Carter, in her lead role from the stunning psychological horror noir Darling. Lurching into view over Lauren’s shoulder is Dredvoka actor Garth Maunders from the award-winning zombie short A Father’s Day (written and directed by Once Bitten… cinematographer Mat Johns).

However despite being billboard buddies Lauren and Garth had never actually met until they were on set in Matha’s hotel room for our Once Bitten… shoot!