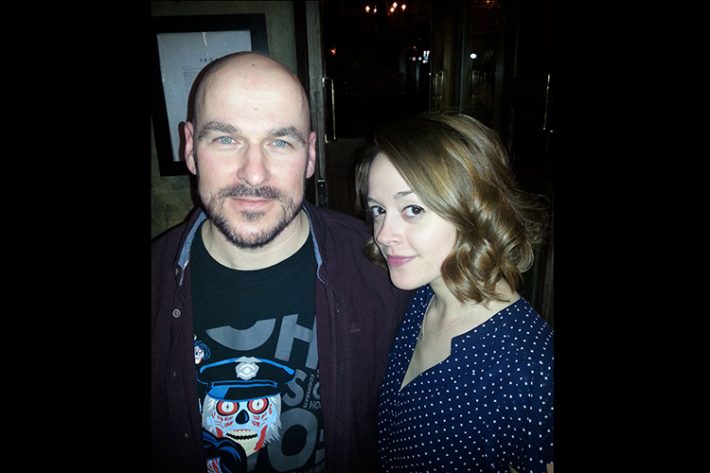 Duck66 Films are delighted to announce that the lead role in their next horror short Once Bitten… will be played by Lauren Ashley Carter.

Once Bitten… tells the story of a book publisher, Martha Swales, who has problems with the plumbing in her hotel bathroom one stormy night. Unfortunately the plumber who turns up might just be a vampire!

Once Bitten is written by Kevin T Rogers and will be directed by Pete Tomkies from Duck66 Films.
Pete said: “we are all so excited to be working with Lauren on this project. She is perfect for the role of Martha and has brought so many ideas to develop the role.”

“I became aware that Lauren was in Manchester when I saw her at a Q&A following a Grimmfest screening of Jug Face earlier this year so took a chance and got in touch. Lauren has been so enthusiastic about the project from that first contact and I can’t wait to start filming with her”.

Although Once Bitten… takes place in New York it will be filmed on a purpose built set at A4 Studios in Altrincham. Pete explained: “Kevin sent me the script for Once Bitten… last year but I had been struggling to find a suitable location for filming. I was exploring the idea of shooting on a set when I was put in touch with John Lockwood at A4. John has been so supportive and found us a space to build Martha’s hotel room.”

Pete is also looking forward to working with cinematographer Mat Johns on Once Bitten… “I have admired Mat’s work as a film maker for many years and was lucky enough to work with him recently on a music film I co-directed for Christopher John Chaplin. Mat’s use of light is simply fabulous so I know Once Bitten… is going to look beautiful!”

Principal photography on Once Bitten… will take place at the end of July.

Downlaod the press release below for more details.

Press Release – Lauren Ashley Carter to star in Once Bitten…