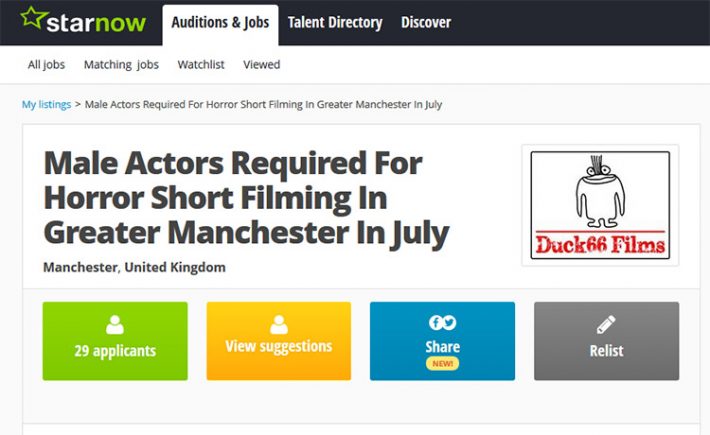 Duck 66 Films are shooting a horror short Once Bitten… in the Greater Manchester area in July 2017 and casting is now open.

One stormy night a hotel guest calls the plumber to fix the toilet in his hotel bathroom but the plumber who turns up might just be a vampire. Will the guest survive the night?

Once Bitten…is a one location film which takes place in a hotel room with only two characters and will be filmed in a purpose built set. It’s a quirky script with its tongue firmly in its cheek but some good scares along the way and not a little gore!

Find more details on how to audition follow the links below.

Please note all roles have now been cast.